After just a few days at home I was travelling again to England. The final race of the British Series in Cannock Chase was on the schedule. It was like a „home race“ for me because my Team has its base in England.

I was tense on how my performance will be after the recent travel and the time difference and for sure it doesn’t really help.
The course is really cool and this increased my motivation. Lots of single trails and short uphills. You could really run riot.
I soon made a gap together with the best British riders Ferguson and Killeen to the other contenders. My plan was to keep the speed high to maybe profit out of it towards the end. Unfortunately I couldn’t drop the other two riders and so I was concentrating on the final. In the second last lap I pushed hard to the limit but still no decision.
Just before the finish it was Ferguson who took the leading position and he could make a gap in the narrow part. I was still a bit on the limit and I couldn’t follow him. Some hundred meters before the finish line there was again a short climb - her Killeen past me too. So I finished on 3rd spot.

Next weekend there is the World Cup Final in Méribel, France. 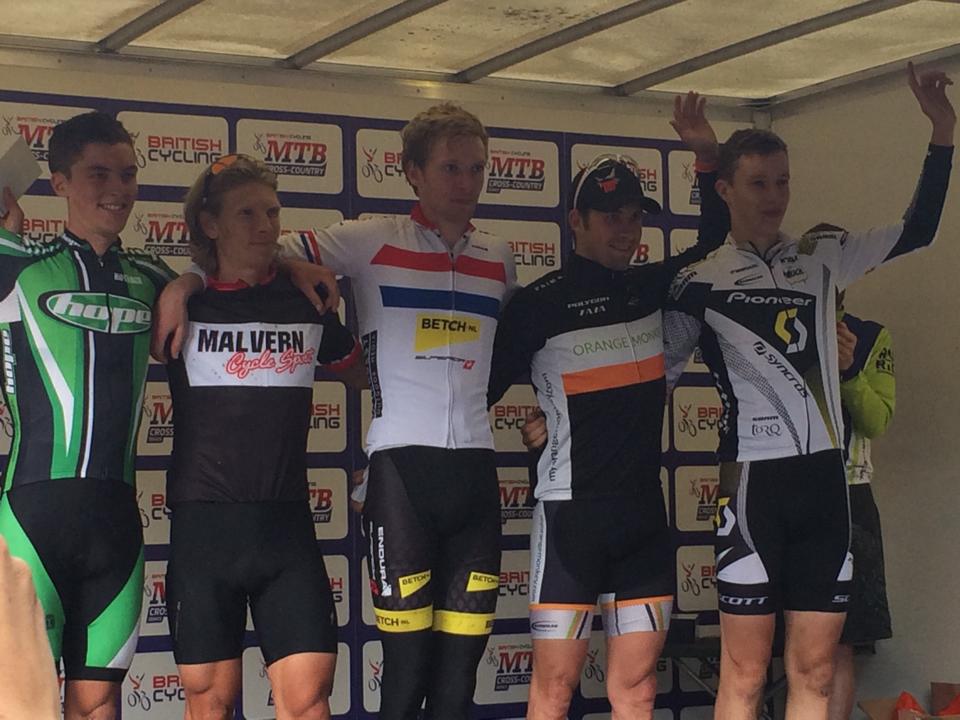